Anything Goes at Stamps and Stencils

We're starting the new challenge at Stamps and Stencils today and as I'm the host I've made it easy with Anything Goes in a mixed media style with the usual stipulation of using either stamps or/and stencils.

I have loads of old projects that are just sitting in a box so I had a look through and found a frame that was definitely in need of a makeover. 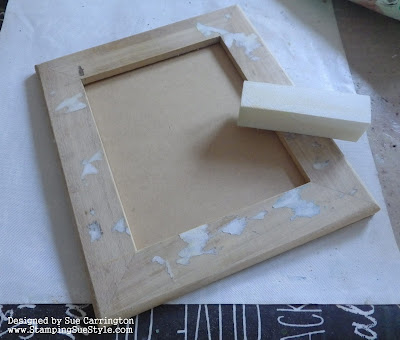 After removing all of the old decoration I sanded the frame. 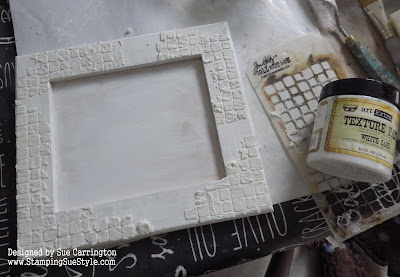 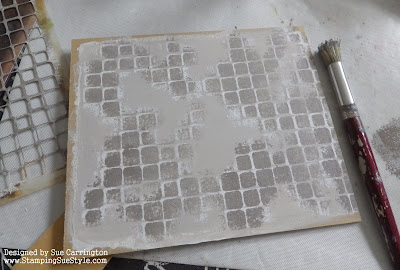 While the Texture Paste was drying I started on the main panel. The first coat was Gesso then I used Fresco Finish Acrylic paint, Stone. I used the same Tim Holtz stencil with Snowflake then 'bumped' it then used Taupe. 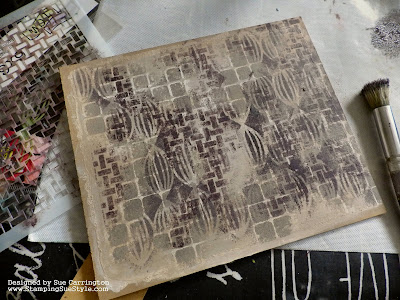 I continued stencilling, building up layers and using Irish Cream with a baby wipe in between the stencilled layers and Squid Ink as a contrast to the neutral tones. 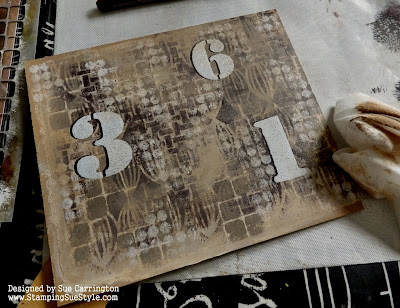 I love including numbers on a stencilled piece, the above were done using a Donna Downey stencil and the 'bumping' technique again. 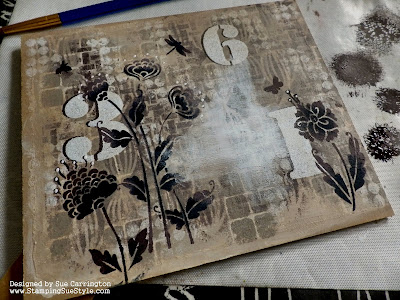 The top layer of stencilling is done with a TCW stencil, Squid Ink and Midnight Fresco Finish colours. I used my finger to smudge a little Snowflake Fresco Finish to create a space for my sentiment. 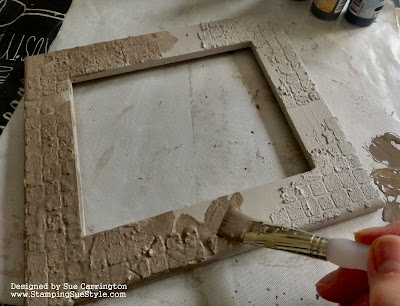 Now the paste is dry on the frame I did a base coat of Stone then started to build up layers but I added acrylic glaze to the paint. After a couple of minutes the colour is wiped back with a baby wipe. 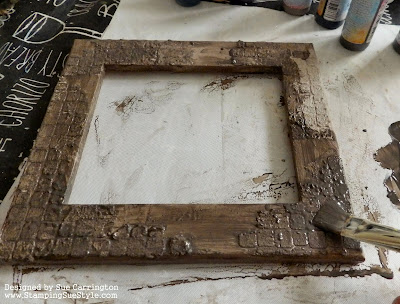 French Roast is a great colour for an ageing effect, I mixed this with acrylic glaze, painted it all over then wiped it back. 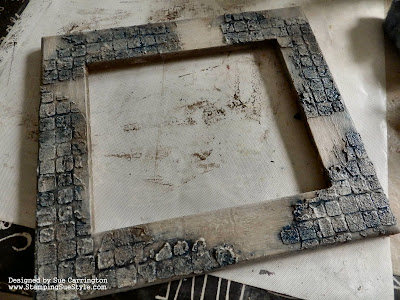 The final colour was Midnight, again made into a glaze. 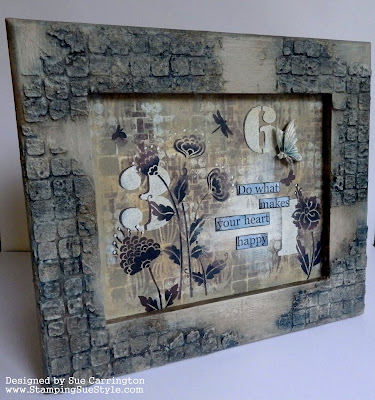 The panel was put back into the frame to finish the piece. 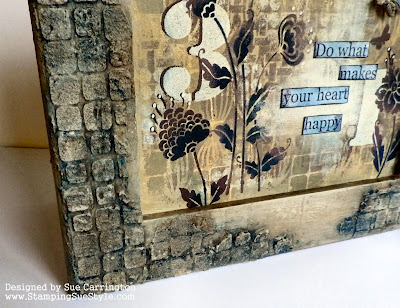 The texture from the paste has captured the colour from the glazes and given it a brick effect. 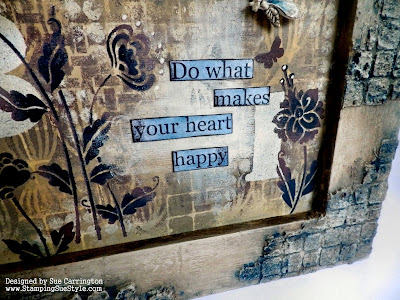 The sentiment is by Yvonne Blair and is stamped on to white card then I used a baby wipe that had been used for the glazes and wiped it over the card. 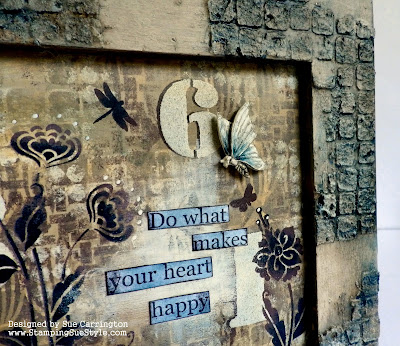 The butterfly is by Prima and I've jsut added a little colour to the body and base of the wings.

The rest of the DT have made some fabulous projects so make sure you hop over to Stamps and Stencils to take a look.

Proud to design for 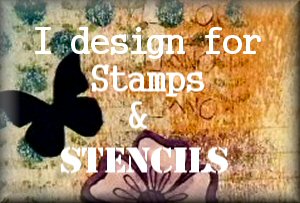 Proud to design for